Who would have guessed Martha Stewart would know how to cook an awesome grilled cheese sandwich let alone multiple yummy grilled cheese sandwiches? Definitely not me. Thanks to padgett hoke, I stumbled on Ms. Stewart’s recipes (and awesome photos), both vegetarian and carnivorous. With me being Kosher, I have focused on the non-meat recipes, but I would highly recommend looking through all the sandwiches as I am sure there is something for everyone. 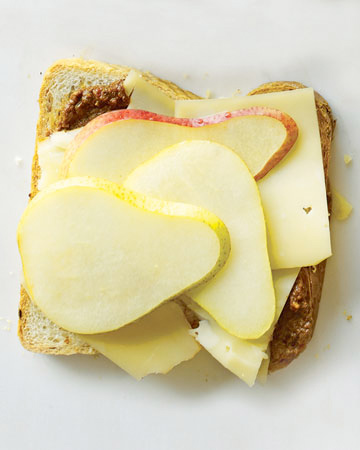 Fontina, Harissa, and Pear on Rye

A new use for that jar of harissa, this sandwich benefits from the appealing fusion of sweetness and spice.

When I first stumbled on this recipe, the ingredient Harissa caught me off guard, even though it sounded familiar. Wikipedia helped me solve the mystery:

Harissa is a Tunisian hot chilli sauce commonly eaten in North Africa whose main ingredients are Piri piri chili peppers, serrano pepper or other hot chillis and olive oil. It is a standard ingredient of North African cuisine, most closely associated with Tunisia and Algeria but recently also making inroads in Morocco according to food expert Paula Wolfert.

I am always looking for a bit of spice in my grilled cheese sandwiches and it looks like harissa would provide that much needed kick. If you are feeling daring, feel free to make your own harissa. 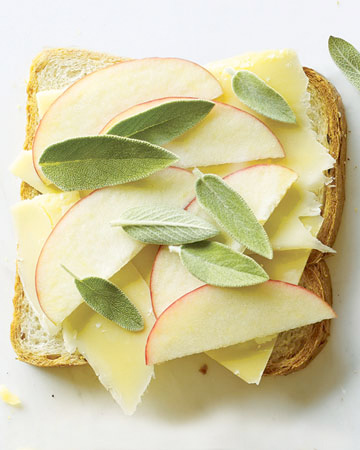 Gruyere, Apple, and Sage on Rye

Crisp apple combined with a creamy, nutty Gruyere balances the earthiness of sage and rye.

Since sage is currently growing in our backyard, using it in a grilled cheese with such an awesome cheese as gruyere is a no brainer. Throw on an apple and it looks like we have our self a yummy grilled cheese. 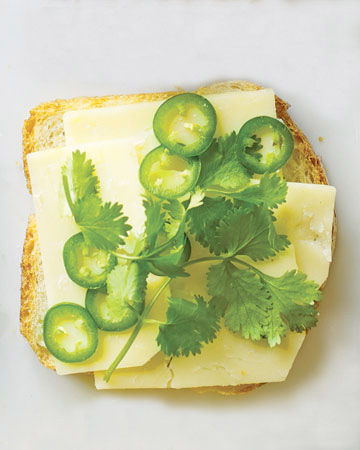 Cheddar, Jalapeno, and Cilantro on White

A little heat from the jalapeno goes a long way, and the cilantro adds brightness.

I know very little about cilantro so it would be really interesting to try in a grilled cheese sandwich. I am all for expanding my horizons. Plus, cheddar is one of my favorite cheeses. If I were to ever to try this recipe, I would try and use a more interesting bread than “white.” 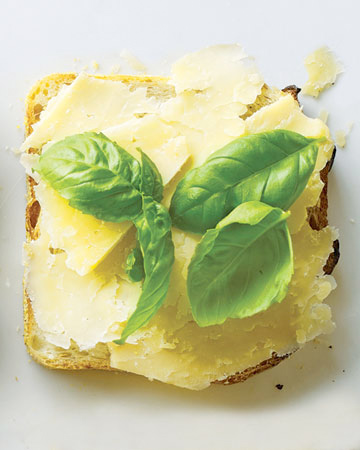 Berry preserves have already proved successful, so I can only imagine that cherry preserves would provide the same great outcome.