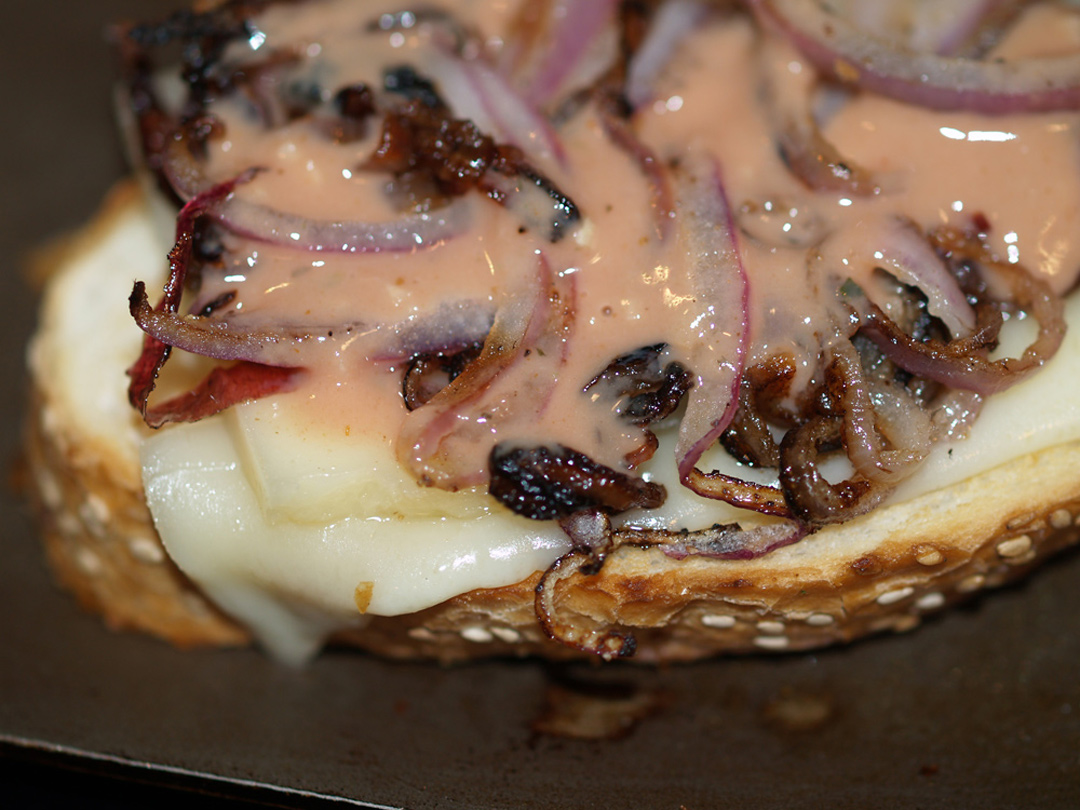 Even with a week off, trying to think of a grilled cheese idea for tonight was somewhat difficult. I hope that in the future the ideas come a little easier. I will be off next week it is my dad’s birthday and we will be going out to dinner. I do have an idea for then (pizza possibly?), which hopefully will be as good as tonight’s sandwich. I never thought BBQ sauce on a grilled cheese would be a good thing…

In the days leading up to today, I began thinking about what sauce/condiment I could use for tonight’s grilled cheese. I had tried ketchup, which didn’t really work, and mustard, which did work. I originally thought of peanut butter, but although I want to try something different, I am a little hesitant to try peanut butter of all things. Side note: I tried homemade cashew butter today and let me tell you, it was amazing. I have always been a fan of cashews so it was pretty much a given that I would like cashew butter. Maybe I will be daring to try cashew butter for a grilled cheese. What do you think? Let me know in the comments…

But back to the present. I ended up on BBQ sauce. However, as my sous chef noted, straight BBQ sauce might be a little strange and a little too strong. Therefore, we decided to add ranch dressing, in addition to some garlic and jalapeno to the mix. It ended up turning out fantastic, even if there might have been too much of a kick. I would rather have it too spicy, as in the past, my sauces/condiments have been too tame for my tastes.

One of my recent problems was that I tried to do too much with a simple sandwich. I tried to be too fancy and/or include too many ingredients. This week, I avoided that pitfall and that helped make the sandwich as good as it was. In addition to the mild provolone cheese, all that was added was grilled red onions.

We grilled the onions with only olive oil, salt and pepper and called it a day. That is it. It may sound too simple, or even boring, but the BBQ sauce really added a lot to the grilled cheese. Plus, the Italian bread, whether it be by itself or as a part of a sandwich, is amazing.

I took a chance, and with the assistance of my sous chef, I succeeded. BBQ sauce by itself might not have worked but BBQ Ranch definitely did. Maybe it was a bit too spicy, but in my opinion, that is much better than too bland, which has happened on multiple occasions. Overall, I would say this was a winning grilled cheese.