Food is in my blood…and my tummy. 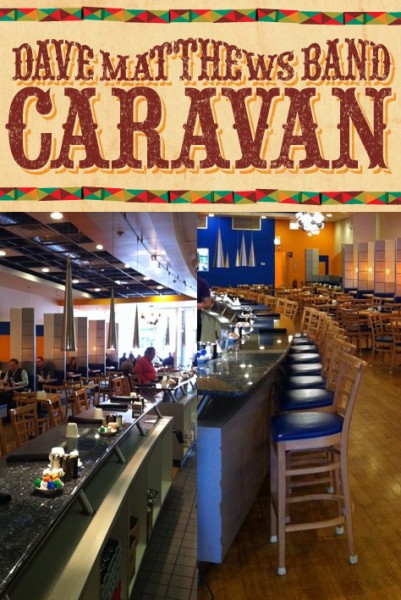 This past weekend I traveled to the wonderful city of Chicago for the Dave Matthews Band Caravan music festival. I have been hooked on Dave Matthews Band (DMB) ever since 1998 when I heard my sister play Ants Marching on her stereo. I have gone to at least one DMB show a year since that moment back in ’98. When DMB announced their caravan tour, a fellow DMB fan and I decided we would head to Chicago. I had a blast listening to many, many bands over a 3-day span. Although I couldn’t stop talking about the entertainment, there was something else that had my mind going: breakfast.

Each and every morning prior to hopping on the Metra, my friend and I had a hearty breakfast at a local restaurant. The first day we crossed the street to Petro’s for a fantastic, colorful meal. Although good, Petro’s was not the reason breakfast has been on mind ever since I returned late Monday evening. On the weekend, Petro’s is closed so it was time to find another, local establishment for our egg fix. I asked the nice front desk hotel clerk where we should go and she recommended Yolks (pictured above). Mapquest told her (and us) that it was a 20-minute walk, but she guaranteed us that it was indeed shorter. She was wrong. It was a long walk but most definitely more than worth it. Three members of the band (Boyd, Jeff, Carter) had actually eaten breakfast there an hour prior.

Why is restaurant was so special or why it is has me talking about it days later. Yes, my vegetable skillet and pancakes were scrumptious. (If you are ever there, I would highly recommend you order the veggie skillet, or any skillet for that matter. Oh so yummy!) Yes, the atmosphere was retro and inspirational. However, those aren’t the only reasons. I will get to that in a minute.

On Sunday, we decided to dine at Meli Cafe, which we passed on our way to Yolk. There, I had the roasted red pepper and feta eggs benedict with baby red potatoes. This, as was the case with Yolk., was different and delicious. The atmosphere at Meli was much more classical than Yolk., but they both were executed perfectly. I would recommend Meli just as much as Yolk.

My DMB friend said he could never work in a restaurant, it is too hectic for him. I replied saying I love the hectic nature of a restaurant. I feel at home when work is alive with customers and am bored out of my mind when I am simply standing around.

Now, more than ever, I have truly realized that food is my passion and my calling. I went to a fantastic city, experienced amazing music and even walked down Michigan Avenue, and yet, here I am being inspired by two restaurants. Two restaurants that I probably only spent a combined 2 hours at. Food makes me come alive and for that reason, I plan to pursue all of my food related dreams. I have huge aspirations for myself, I just hope you are along for the ride.

1 thought on “Food is in my blood…and my tummy.”