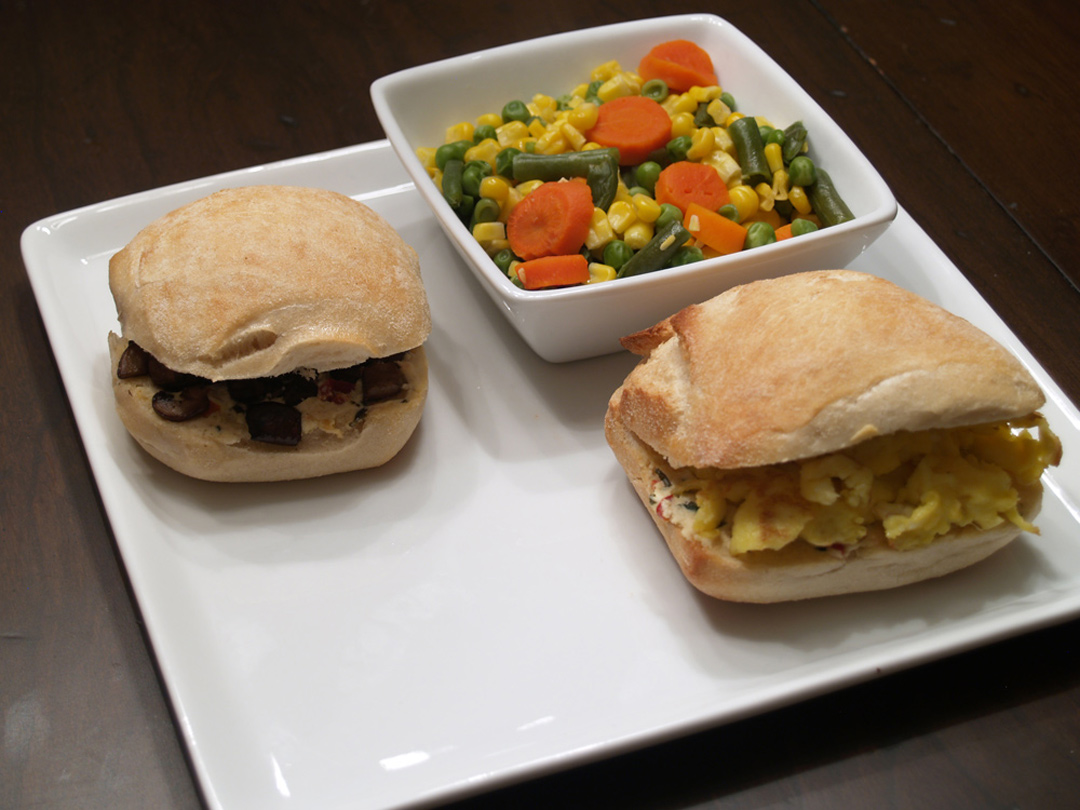 Yes, I have been gone for awhile. Yes, I have missed you. (Have you missed me?) Yes, I am back. Yes, this grilled cheese was very yummy! I would go into where I have been (Jewish holidays, birthdays, etc.), but I don’t want to bore you. Plus, I don’t think anyone came here to read about my life story, you just want to know about this great grilled cheese, featuring “kicked up” Goat Cheese. Right? Right.

First, some info on Goat Cheese…

Who knew that something so simple could taste so good? Goat cheese, with its pristine white color and distinct flavor is one of the most amazing foods in the world—a humble basic for some, a gourmet delight for others. Our selection of goat cheeses ranges from creamy, mild spreads to pungent, crumbly discs to reinterpretations of favorite cow’s milk cheeses. It’s an essential part of any cheese plate, a course in itself or the secret behind the subtle tang in favorite recipes. Have a taste and enjoy the modest yet noble virtues of goat cheese. (Whole Foods)

I am a big fan of Goat Cheese so it was the first cheese I thought of when I wanted to add some of my peppers directly into the cheese. The lady at Whole Foods echoed my sentiments so I went home with one package of Whole Foods Organic Goat Cheese.

Yes, it is perfect on its own, but tonight, I thought I would kick it up a notch. I added multiple types of peppers, lemon basil, and chives to a pan and then added in the cheese, cooking on low heat. Perfect.

While stopping at Whole Foods last Sunday, I decided I was going to purchase all of my ingredients for the night’s grilled cheese right then and there. I had some ideas rolling around in my head (pun intended), but nothing concrete. My cheese creation was based on my choice of the Ciabatta rolls, instead of a French Baguette. It just made more sense. (I would have probably gone the Mozzarella route if I went with the baguette.) Plus, these rolls allowed for larger grilled cheese sandwiches. I am never one to turn down more food. Once I decided on the type of bread, I decided that I would purchase two rolls, allowing me to use the cheese concoction for both, while using two different main ingredients. The first ingredient: Crimini Mushrooms.

All I did was saute the mushrooms in some olive oil. Simple. I normally add seasoning as I saute, but my mind was in multiple places so I must confess that I forgot. I added them with the cheese in the ciabatta, baked and I was all set. The second ingredient: Scrambled Egg.

I won’t say too much about the scrambled egg as I didn’t do anything special and most everyone already knows how to make one. As was the case with the mushrooms, I simply stuffed the scrambled egg between the bread and on top of the cheese and baked. Simple enough.

This was a tale of two grilled cheese sandwiches, literally. On one hand there was the Kicked Up Goat Cheese and Mushroom Grilled Cheese Sandwich and on the other the Kicked Up Goat Cheese and Scrambled Egg Grilled Cheese Sandwich. Unfortunately, the mushroom grilled cheese was lacking. I am not sure if it was the roll (not as crispy as the other), or the fact that the mushrooms simply got lost. It didn’t have what the scrambled egg grilled cheese did have. That roll was crunchy, with the interior being the exact opposite, giving the sandwich a great contrast in texture. The egg + cheese + roll just seemed to work perfectly together. I made this grilled cheese again this evening and skipped the mushrooms and stuck with just the scrambled egg. It was a wise decision. My only complaint about the Kicked Up Goat Cheese would be that it wasn’t kicked up enough. I am not one that can take extreme heat/spice, but I do like a little kick in my grilled cheese sandwiches. This cheese was more of a mild when I had hoped it would be a medium. Either way, for being homemade on a whim, I think the cheese, and grilled cheeses, turned out great!